How much do your really know about this prodigious pest? 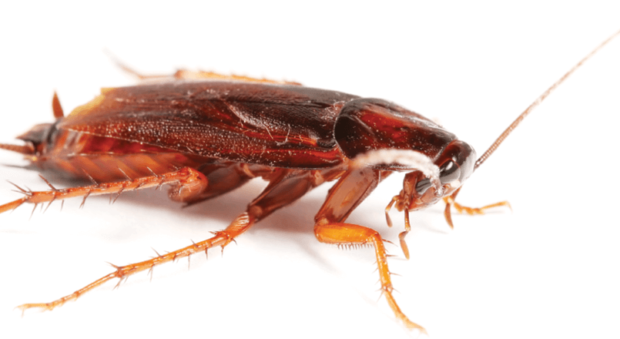 Cockroaches are common pests and can potentially be found just about anywhere food, warmth and moisture are available. But are they a problem or just a nuisance? How do they get into food facilities? How much do you really know — or need to know — about cockroaches? Test your knowledge.

Following are the correct answers and explanations:

False. Cockroaches are a nuisance but it goes deeper. Cockroaches have the potential to mechanically transmit bacteria and other potentially nasty microorganisms by picking them up and carrying them on their bodies.

Of the approximately 4,000 global cockroach species, there are only about two dozen that are considered pests. However, these can be very serious public health pests. Cockroaches can trigger asthma or other respiratory issues and are one of the most common spreaders of foodborne illness-causing bacteria.

False. Cockroaches are known for their ability to live, undetected and hidden in facilities. Cockroaches are thigmotactic in nature, preferring to live in tight, confined areas that are dark and moist.

Because of this, they can often remain “hidden” until populations are large.

If you have a large infestation, you will see signs, such as droppings. These can be as small as ground pepper flakes or nearly as large as mouse droppings, depending on the size of the cockroach.

Thus, it is important to have an active pest program in place, including glue trap monitors that provide a 24/7 view of pest activity and detailed, focused inspections by a pest management professional.

False. Cockroaches in a food facility are always a problem. Even though they may be primarily living in the walls, that doesn’t mean that they don’t venture out in search of food or other resources. It’s when they do leave those secure wall voids that they have the ability to transfer bacteria across any food or food contact surfaces.

Additionally, even if they are entrenched into deep void harborages, increases in the population numbers often equate to movement into other spaces.

It is important to have a pest program with glue trap monitors that provide a 24/7 view of pest activity and detailed, focused inspections by a pest management professional. 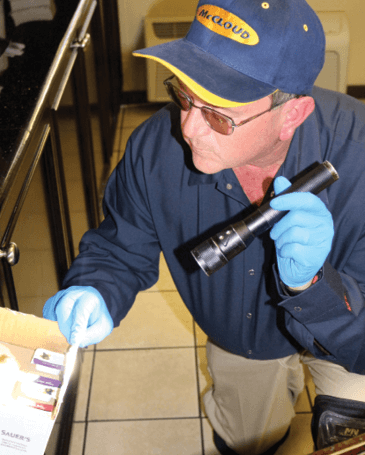 False. Citing the adage, “You never have just one cockroach”, Inspectors know this and you should too.

A single cockroach may be an indication of a bigger issue. Thus, finding a single cockroach in a facility should automatically trigger a series of events, starting with a thorough inspection to identify the potential for other issues within the facility.

This is, however, truer of some cockroaches than others. If inspectors see a German, American, or Oriental cockroach in your facility, they will assume there are more. But the less common woods cockroach normally stays outside and does not infest indoors; it tends to get in by happenstance. So, Identification is the key.

False. Although this is possible in some environments, outdoor populations of the German cockroach are rare. They are more commonly carried in on shipments, with equipment, or by facility staff.

German cockroaches rely on man for food, water, and shelter, as well as transfer between facilities. They have to be brought in, through personal possessions, deliveries, or materials to a facility. As an example, a supplier may have a warehouse that has cockroaches. If the cockroaches inhabit one of its shipments to you, they will get into your facility upon delivery.

This one is true. This is especially true of large cockroaches, like American and Oriental, that live in drains. If the drains lead to a system that is infested, then they can easily get in.

This is because drains can provide a number of resources for many cockroach species, including an abundant supply of food and moisture.

False. Actually, it’s the smaller the cockroach, the bigger the problem. Large ones tend to live mostly outside of a facility and come in through openings (drains, under damaged door sweeps, etc.). Small ones can hide in cracks and crevices, even in processing equipment, and can easily become established inside.

Small can be an advantage in the insect world. German cockroaches are able to capitalize on smaller, available harborage sites like narrow cracks and crevices. Small cracks and crevices also help protect the German cockroach, and make it more difficult to find and control. They rank higher in their pest status in food facilities over the larger cockroach pest species like American or Oriental cockroaches. Additionally, smaller cockroaches, such as the German species, produce more eggs at a much faster rate than do larger cockroaches like American or Oriental. However, the presence of any size cockroach inside the facility is a big problem that should be addressed ASAP.

False. Although studies have shown a link between poor sanitation levels and cockroach population numbers, cockroaches can be introduced into any facility — even clean ones. But sanitation and structural integrity can help limit the ability for the cockroaches to become established. So, a clean facility does not mean it is immune to problems, but it will help limit size and severity of an infestation.

While sanitation plays a big role in reducing the potential for a cockroach infestation, it does not always guarantee that a facility will remain pest-free. It is important to remain diligent in your pest management program; ensure that regular inspections and a program of preventive maintenance is continued to ensure that the potential for pest introduction or reintroduction is greatly reduced.

False. Although this can be one route, it is even more common for German cockroaches to be introduced by employees via personal belongings. It is far more common for locker-rooms and breakrooms to be the initial point of entry rather than the warehouse.

False. Anything within a blast radius will die. It is true that they can withstand more radiation than humans can. However, this has more to do with the fact that they have slower cellular division cycles, as cells are most sensitive to radiation when they are dividing.

HOW DID YOU DO? With fossilized remains dating back more than 325 million years to the Carboniferous Period — 100 million years before the first dinosaurs, the cockroach is one of the oldest insects in the world. And while its longevity may not outlast a nuclear explosion, its hardiness and resilience can, all too often, outlast and outwit our best attempts at elimination.

It is for this reason that a factual understanding of this prodigious pest and its identification and control is critical, not only for the pest management specialist, but for the management and processing teams of any food facility concerned about the quality and safety of its foods. 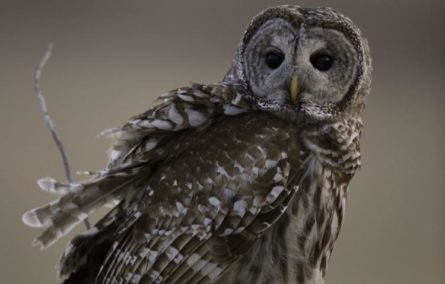 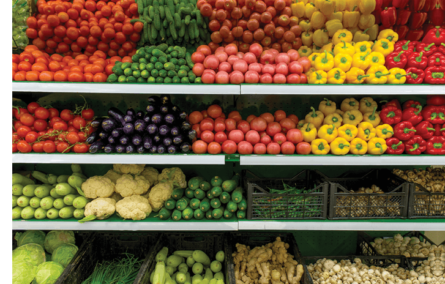 Fumigating for the Organic Food Market